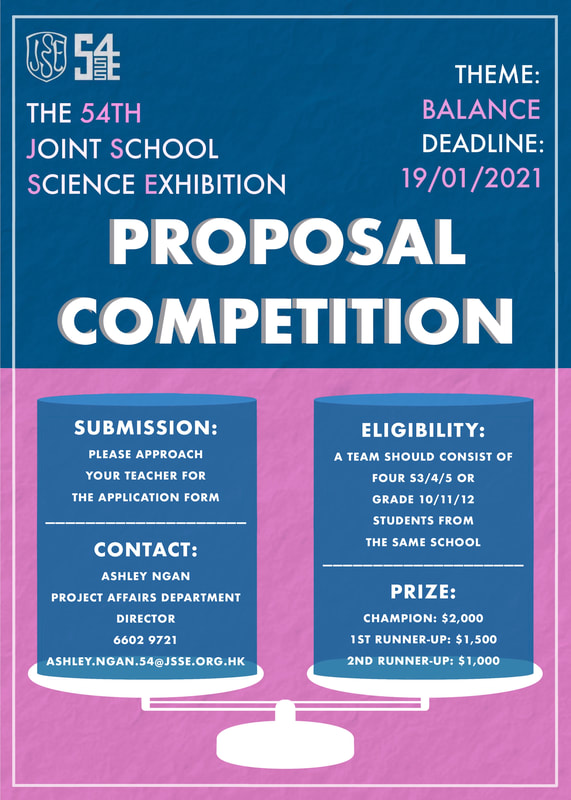 The 54th Joint School Science Exhibition Proposal Competition is now OPEN for application. The application form, the information and regulations of the Competition, are available for downloading from the link below. Welcome to take part in the Competition!
第五十四屆聯校科學展覽計劃書設計比賽現已接受報名。有關比賽詳情和規則，以及報名表格均可在以下連結下載。歡迎大家踴躍參與！ 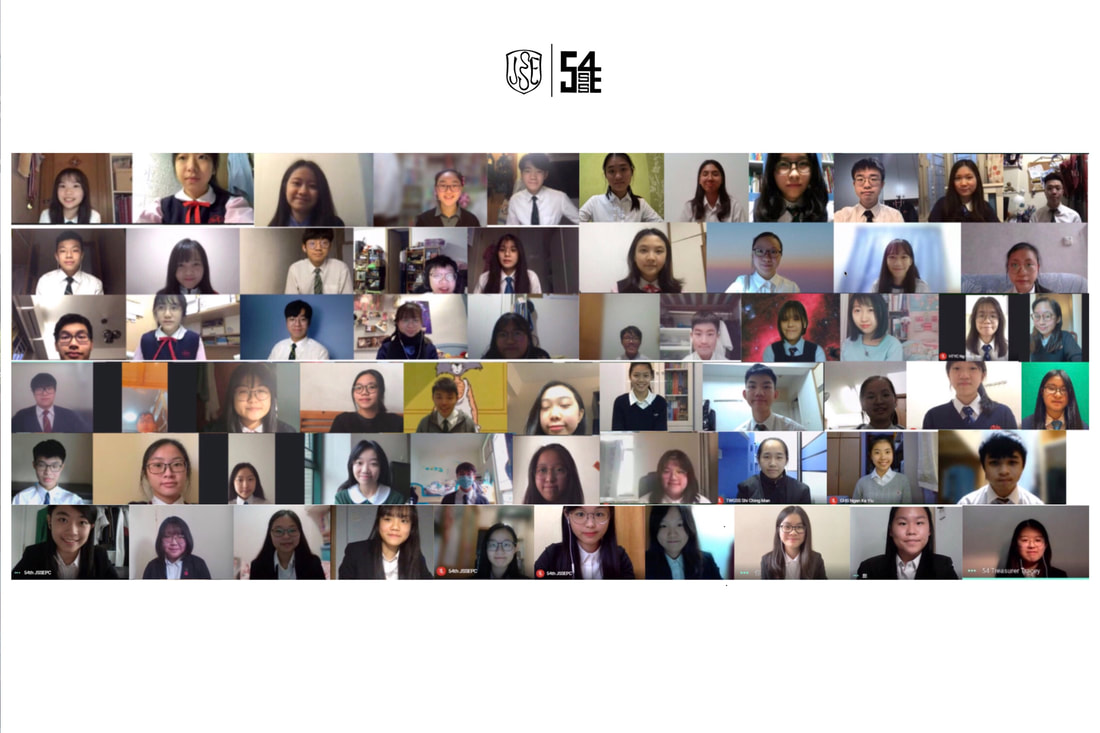 The 1st General Meeting was held on 12 December 2020 on Google Meet. The year theme and theme colour were introduced to all Preparation Committee members, who also voted for the logo, Chinese and English slogan. The four departments were successfully formed during the General Meeting as well. 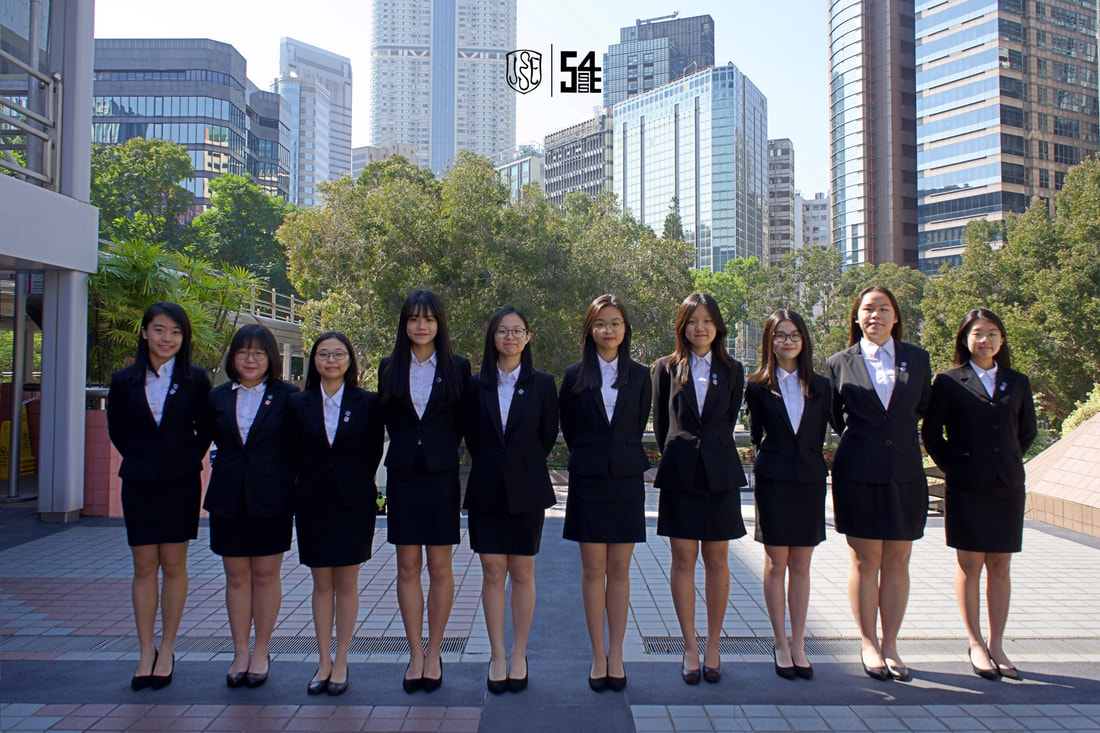 After 7 days of election, the Executive Committee of the 54th Joint School Science Exhibition Preparation Committee (hereinafter the J.S.S.E.P.C.) was formed.

The 54th J.S.S.E.P.C. Executive Committee members are as follows: